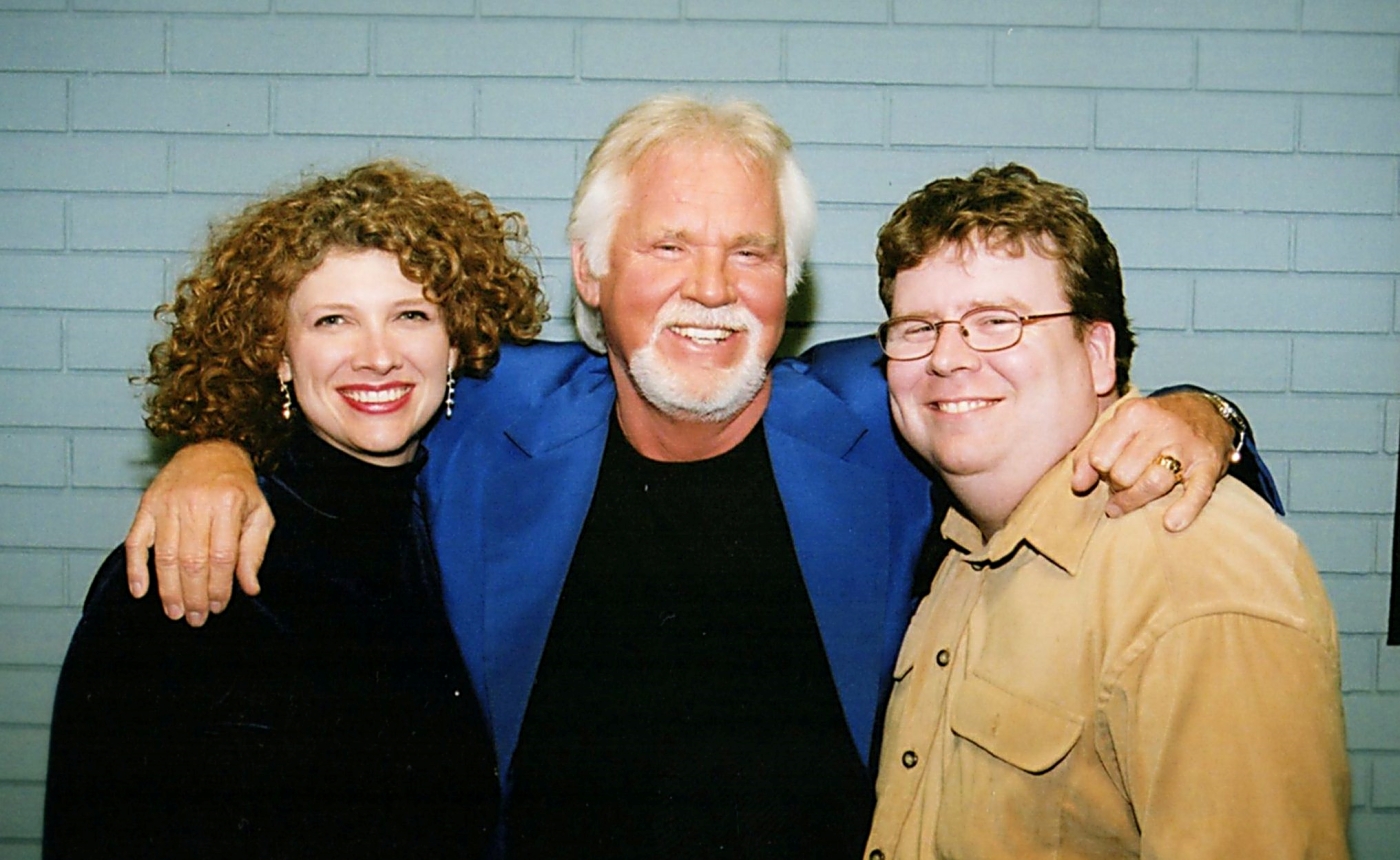 I can’t tell you how many times I have said these words. And every time, the best way I can explain it, there is a warmth in my heart when I say it. It was a privilege. It was an honor.

He was amazing. Talked to every person, signed every autograph, took every picture. He was one of the BIGGEST stars in the world, and you would NEVER known it. And here’s the thing, behind the scenes he was NO different. We throw around the term “gentleman” a lot, but in his case, there is no better way to describe him.

I only worked with him for about 14 months. I learned so much from him. About the business, about the fans, and some solid life lessons to boot. I can tell many stories, but I am just gonna pick one.

We were at a large acoustic show for charity in Baton Rouge, pretty sure it was for WYNK. Mark Chesnutt and Diamond Rio were also on the bill. This was my first show with Kenny at Dreamcatcher records. (Thank you Gator Michaels for hiring me.) And these kind of shows, backstage are a bit of a chaotic mess. When I arrived, there really was no dressing room, no food, nothing. I have KENNY ROGERS walking into this in about an hour. I found a promo kid to run and get a deli/fruit tray. I went for ice and a bucket with plenty of Diet Coke. Kenny ALWAYS had to have Diet Coke, even if it was a Pepsi building. Found a room with a couch, table and a couple of chairs and claimed it as mine. I was set.

Kenny’s bus pulls up, and off he comes. I am nervous, to say the least. “Hi John, I hear good things about you!” was the first thing he said to me. I escort him to the dressing room, and we are there about 3 minutes before he asks, “Who’s on stage?” If I remember correctly it was Diamond Rio. “I love them!” says Kenny, “Let’s go watch”. Where the dressing room was, it was in the back of the hall, he just walks out to the edge of the tunnel. I am like, we can go on the stage, and he’s like “no the view here is better”. We have NO security. Mind you, people are looking at the stage but slowly but surely people see him. And they start coming 2 or so at a time. Kenny has very short but sincere conversations, signs something if they have something, takes a picture if they have a camera (that’s my job), shakes every hand, and hugs the folks who need the hug. I am just floored.

When Diamond Rio is done, we head back to the dressing room and about 10 minutes later Marty Roe and a couple other members of the band come in to say hi to Kenny. After a minute or two of “Hi, how’s the family”, Marty asks Kenny, “How do we have the long career like you have had?” I kid you not, Kenny practically lays out a business plan on touring. What places to hit every year, every two years, etc. Casinos can be your best friend, keep the production small but quality. It was a master class just being in the room and listening him talk about the business.

Then, he walks on stage. Him, a guitarist and a keyboard player. And he has the crowd laughing telling his stories. And every song is a sing along, sometimes louder than him. See the thing about Kenny Rogers, he is one of the best storytellers ever. Whether it is a song, or the story he tells, or the pictures he takes, or the movies he made.

And it was only 14 months, but over the last 20 years we would cross paths. He played a 10 Man Jam for me. Actually sat me and Darren Davis down and played “Harder Cards” for us, wanting to know MY opinion if it could work at radio. He has been a gracious host for me, Kelly and the kids at one of his Christmas shows. He cared, spent time, talked to the kids and made us feel like family. And every 3-4 of years at the ACMs/CMAs we would run into each other, and he would almost brag, “this guy used to work for me, he’s one of the best, you know that cause he got ME played”. How crazy is that? He’s Kenny Rogers.

But this is how I will ALWAYS remember him. It’s one of my most prized pictures.

It simply captures everything about him.
Luckily, We have all the songs to remember him by.

One thought on “"I worked with Kenny Rogers."”